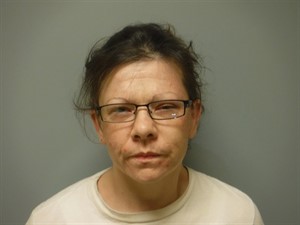 The seven-woman, five-man jury took an hour to convict Melissa Rose Hatley, 37. She was sentenced to 25 years in the Arkansas Department of Correction, DeProw said.

Police said Hatley and Amy Stephens were in a vehicle in the parking lot of the Jonesboro Walmart Supercenter on Highland Drive on May 22, 2019, when Stephens asked to be let out. Stephens said Hatley had been drinking and was worried about Hatley’s driving. The two were ending an eight-year relationship and had been fighting.

“We are very grateful for the jury’s verdict,” DeProw said. “The jury saw a case of a victim and her controlling domestic abuser who would rather kill her than let her leave the relationship.

“Twenty-five years sends a strong message to domestic abusers,” he said. “I want to thank the officers of the Jonesboro Police Department for their efforts on behalf of this victim.”