From the United States Department of Justice:

JONESBORO—A Deputy Prosecuting Attorney in Craighead County has been named a Special Assistant United States Attorney, enabling her to assist in federal prosecutions. Charlene Davidson Henry, a Jonesboro resident who has practiced law in Arkansas since 1999, has been hired by United States Attorney Cody Hiland for the Eastern District of Arkansas.

“Violent crime reduction has been the top priority of our office, and we want to continue by focusing on Craighead County,” U.S. Attorney Hiland said. “We are confident that Ms. Henry’s training and experience will make her an asset to our team and will have an impact in reducing violent crime in Northeast Arkansas.”

United States Attorney’s Offices across the nation have the ability to hire state prosecutors as Special Assistant United States Attorneys (SAUSAs). This equips state prosecutors to work federal cases while maintaining their state position. Since 2017, the Eastern District of Arkansas has emphasized partnerships with SAUSAs in order to carry an increased caseload. In 2018, federal prosecutions increased by 82%, largely based on prosecutions of felons who possess firearms. This increase resulted in federal prosecutors in the Eastern District of Arkansas having the fifth-highest caseload in the nation.

The heavy focus on prosecuting violent crime resulted in a 24% reduction in homicides in Little Rock for 2018. That same year, similar efforts in West Memphis produced a 43% decrease in homicides. Both cities also saw reductions in non-fatal shootings, terroristic acts, and battery cases. “We want these efforts with our state and local partners to continue making a difference in the communities we serve, and Craighead County is no exception,” stated Hiland.

“Ms. Henry is an outstanding lawyer. She is tough but fair, and her experience as a public defender makes her especially qualified to evaluate cases from the prosecution side,” stated Scott Ellington, Prosecuting Attorney for the Second Judicial District. “Our office is proud to participate in this joint endeavor with our federal partners by sharing the talents of one of our best prosecutors.”

Henry currently prosecutes digital crimes, sex crimes, and gun crimes for Craighead County. She has previous experience as a Task Force Coordinator for the Second Judicial Drug Task Force, where she trained Task Force members and coordinated prosecutions between multiple jurisdictions. She now serves as the Task Force Coordinator for the Second Judicial District Organized Criminal Activity Task Force, which investigates offenses including drug trafficking, money laundering, arms trafficking and possession, crimes of violence such as murder and aggravated assault, robbery, and violent street gangs. In her 13 years as a lawyer with the Arkansas Public Defender Commission, she handled cases involving capital murder, murder, rape, computer crimes, and other serious felonies. She is a graduate of East Tennessee State University and the University of South Dakota School of Law.

The firearm investigations that Henry will handle are part of Project Safe Neighborhoods, a nationwide initiative that brings together federal, state, local and tribal law enforcement officials, prosecutors, and community leaders to identify the most pressing violent crime problems in a community and develop comprehensive solutions to address them.

Chief Deputy Prosecuting Attorney Grant DeProw added, “It is a very proud day for our office and a sad day for violent criminals of NEA.  Charlene is one of our most dedicated prosecutors and is well-deserving of this honor.” 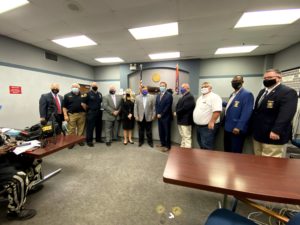 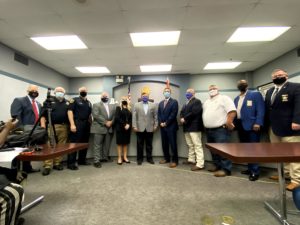 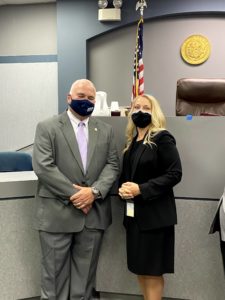