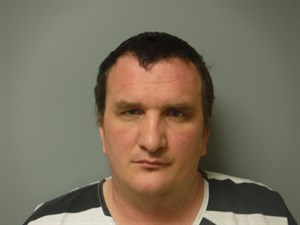 JONESBORO, AR –District Prosecuting Attorney Scott Ellington announced that today Eric McQuay, 36, of Pocahontas, plead guilty to possession of child pornography and was sentenced to 20 years in the Arkansas Department of Corrections as part of a negotiated plea agreement between the State and defense.

McQuay entered a plea of guilty on June 7, 2018, to all four counts of Distributing, Possessing, Viewing Matter Depicting Sexually Explicit Conduct Involving a Child. He received 10 years in the Arkansas Department of Corrections on counts one and two.  These counts run consecutively for a total of 20 years.  He received 10 years suspended imposition of sentence on counts three and four.  He will have costs and fees associated with this conviction and be required to register as a sex offender pursuant to Arkansas law.

The Jonesboro Police Department Internet Crimes Against Children Unit began an investigation of McQuay in January 2017 after it was discovered that McQuay shared child pornography via a Peer-to-Peer Network.  He was charged with four counts of Distributing, Possessing, Viewing Matter Depicting Sexually Explicit Conduct Involving a Child.  Each charge carried with it a possible sentence of three to ten years in the Arkansas Department of Corrections.

Second Judicial District Prosecuting Attorney Scott Ellington said, “I would like to thank the officers of the Jonesboro Police Department ICAC Unit, the Arkansas State Police, and Deputy Prosecuting Attorney Charlene Henry for their hard work which lead to this successful prosecution.  This twenty-year sentence should put people on notice that those who exploit our children will not be dealt with lightly.”