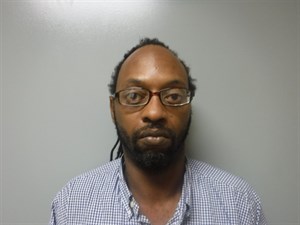 JONESBORO, AR – Alex Rankin, 41, of Jonesboro, was convicted today by a Craighead County jury of Murder 1 in the death of Dewayne Manning, 23, of Jonesboro.  The jury recommended that he be sentenced to 25 years to be served in the Arkansas Department of Corrections.  Circuit Judge Pamela Honeycutt followed the jury’s recommendation and sentenced Rankin to 25 years.

Second Judicial District Prosecuting Attorney Scott Ellington stated, “My office appreciates the jury giving their time and attention to this case.  We know it was a long week, with a lot of information presented to them for their consideration.  I also appreciate the hard work of Craighead County Chief Deputy Prosecutor Grant DeProw.  Initially he had 47 witnesses for this case, all of whom he was prepared to call for testimony, if necessary.  Both he and I, as well as our office staff, appreciate the cooperation of the citizens that testified and the good work of the fine men and women of the Jonesboro Police Department, as well as others who helped put this case together.”