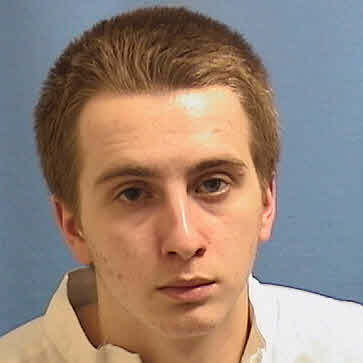 JONESBORO ­– Second Judicial District Prosecuting Attorney Scott Ellington said Friday that he was shocked and appalled at the actions of a Jonesboro man who pleaded guilty to a 2017 homicide and is now posting pictures on social media of his drug use while in prison.

Prosecutors believe Austin Ivy, 18, has posted Facebook pictures of himself in the East Arkansas Regional Unit in Brickeys by using a cell phone, which violates Arkansas Department of Correction policy. At least one of the pictures shows him holding what appears to be narcotics. Prosecutors also believe Ivy has used the phone to text to friends.

“We are as shocked to discover his activities in the Arkansas Department of Correction as is everybody else,” Ellington said Friday.

Ivy was charged in the March 27, 2017, fatal shooting of Alicia Carr, 21, of Jonesboro. Police said Ivy had an altercation with two juveniles who accused Ivy of stealing weapons from them. Ivy drove to their apartment complex on North Allis Street in Jonesboro and confronted them. Ivy, police said, fired several shots at them and struck Carr, who was sitting in her vehicle outside the complex. Carr, who was struck in the head by a bullet, died at a local hospital.

Prosecutors charged Ivy with capital murder. He pleaded guilty to first-degree murder in November 2017 as a result of his status as a juvenile and was sentenced to 19 years in prison. A judge included an additional five-year suspended term as part of Ivy’s plea deal. Ivy will serve 70 percent of the 19 years, and possibly more depending upon his conduct in prison. He is eligible for parole in 2030.

Ellington said Ivy’s posting in prison does not affect his suspended term because the suspended term doesn’t begin until Ivy’s release from prison. Ellington’s office could not prosecute Ivy for conduct in the East Arkansas Unit because Brickeys is located in Lee County, which is in the First Judicial District.

Ellington expressed concern about Ivy’s ability to use narcotics and post on social media outlets while in prison.

“I trust, they will take appropriate measures,” he said of Arkansas Department of Correction officials.

Prosecutors have also recently talked with a family member of Carr  to offer guidance, assistance and support in the matter, he said.

Prosecutors and law enforcement work together on gang related crime