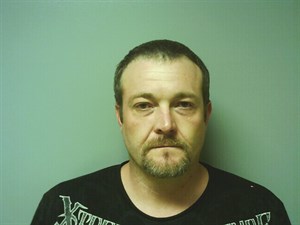 John Ridge, 35, was originally charged with negligent homicide and second-degree battery and was scheduled to be tried this week. He entered his plea Monday afternoon in Craighead County Circuit Court.

Police said Ridge was traveling east on Arkansas 18 in Craighead County on June 24, 2017, when his car crossed the centerline and collided with a vehicle driven by Kenneth Jackson. A juvenile in Jackson’s vehicle was injured, police said.

Ridge’s attorney, Arlon Woodruff of Lake City, sought suppression of the result of Ridge’s blood test, saying it was taken illegally. He argued that the defendant was not advised of his rights by the Arkansas State Police pursuant to Arkansas Code Annotated 5-65-204 (d) (1-3). The court agreed with the defendant’s motion and suppressed the evidence of intoxication.

Jackson was a leader in the Blytheville arts community

“This crime robbed a family of a beloved husband, father, brother, uncle and grandfather,” Henry said. “Even though the evidence was suppressed, our office did not give up prosecution of this crime. The Craighead County Prosecuting Attorney’s office hopes the plea provides some closure to the family and community of Kenneth Jackson.”