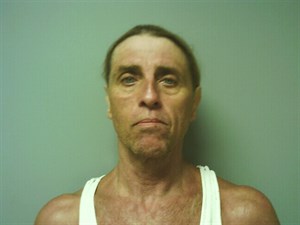 A Wynne man pleaded guilty on Friday to messaging a juror in a Craighead County murder trial and urging her to vote for the defendant’s innocence, Craighead County Chief Deputy Prosecuting Attorney Grant DeProw said.

Circuit Judge Pamela Honeycutt sentenced James Banks, 55, to 24 months in the Arkansas Department of Correction for jury tampering, a Class D felony. The prison sentence will be followed by 36 months suspended sentence. This offense carried with it a possible penalty of up to six years in the Arkansas Department of Correction. Deputy Prosecutor Charlene Henry prosecuted this matter.

Banks was initiating contact with a Craighead County Circuit Court juror through a third party in the first-degree murder trial of Dakota Cantwell on March 14, 2019. Banks told the juror to vote “not guilty” in Cantwell’s trial with the intentions of creating a new trial. Police said Banks threatened the person if she didn’t relay the message.

Cantwell was tried in the May 2, 2018, death of Jimmy Don Doyle of Bono. Police found Doyle’s body in a burned pickup truck in rural Craighead County.

The juror who received the message was removed from the jury. Jurors later found Cantwell not guilty of first-degree murder, but did find him guilty of arson and abuse of a corpse.

“The integrity of the jury system is fundamentally important,” DeProw said. “Regardless of outcome, people must have faith in the fairness and impartiality of our juries. Anyone who tries to subvert the jury is trying to subvert a fundamental pillar of our democracy. The arrest and prosecution of such persons is a high priority in our office.”