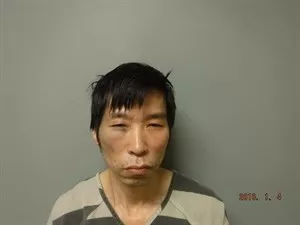 JONESBORO, AR –Second Judicial District Prosecuting Attorney Scott Ellington announced today that he has filed formal charges against Hexin Chen for Rape and two counts of Trafficking of Persons. Chen, 45, faces ten to forty years or life in prison for the charge of Rape, a class Y felony, and six to thirty years in prison and a fine of up to $15,000 for each charge of Trafficking of Persons, each class A felonies, if convicted.

Prosecuting Attorney Ellington said, “Chen was originally arrested on the charge of rape, after further investigation by Jonesboro Police Department, it was determined that there were two individuals employed at Chen’s restaurant whose status we believe meets the criteria for violation of human trafficking statutes.”

Prosecuting Attorney Ellington and JPD Detective Bill Brown ask that if anyone else has been a victim of trafficking in this case to contact Detective Brown at (870) 935-6710.

A person violates human trafficking laws when they knowingly recruit, harbor, transport, obtain, entice, solicit, isolate, provide, or maintain a person knowing that the person will be subjected to involuntary servitude; or he benefited financially or by receiving anything of value from participation in a venture.

All defendants are presumed innocent unless and until proven guilty in a court of law.