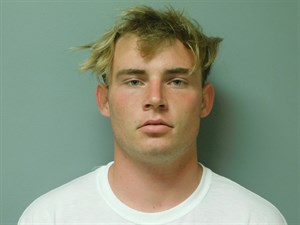 JONESBORO, AR – Craighead County Chief Deputy Prosecuting Attorney Grant DeProw announced Monday a Jonesboro man was sentenced to four years in prison for fatally shooting his 23-year-old friend, after he pointed a gun at him and was dared to pull the trigger.

Ethan Thomas, 20, pleaded guilty on May 28 to manslaughter in the slaying of Patrick “PJ” Kidd Jr., of Jonesboro.

Thomas told police he, Kidd and Miles Lozano, 19, of Bono, were smoking marijuana at Lozano’s home on Craighead County Road 361 on the afternoon of Sept. 16, 2018, when Thomas pointed a 9mm handgun at Kidd. “Don’t do it,” Kidd told Thomas. Thomas pulled the trigger and the gun went off, striking Kidd in the temple. Thomas told police he thought the gun was empty.

Thomas was originally charged with second-degree murder. DeProw amended the charge to manslaughter in October 2018.

“This is a fair and just result,” DeProw said. “The manslaughter charge was based on the reckless nature of his conduct. There was no evidence that he intended to cause Mr. Kidd’s death and we wanted a sentence that reflected his lack of intention.

“Almost half of the maximum 10-year sentence is a fair result for a young man without prior criminal history.”

On Monday, Kidd’s mother, Christie Kidd, said the loss of her son has been difficult.

“This tragedy has been very hard on all of us, but most of all, it is taking a toll on his mother and father,” she said in a statement read in court during sentencing. “We are really lost for words on this. His kids have to grow up without a father. It has been very stressful, emotionally and physically, that I have to visit my only son at the cemetery now instead of hearing his voice on the other end of the phone or him making me laugh. He got a lot of joy from making me us laugh with his big heart and smile.

“I cannot begin to tell you how much I miss my only son and I hope and pray that someday God will show me how to forgive you,” Kidd said to Thomas. “I never thought my son would pass before I did.”