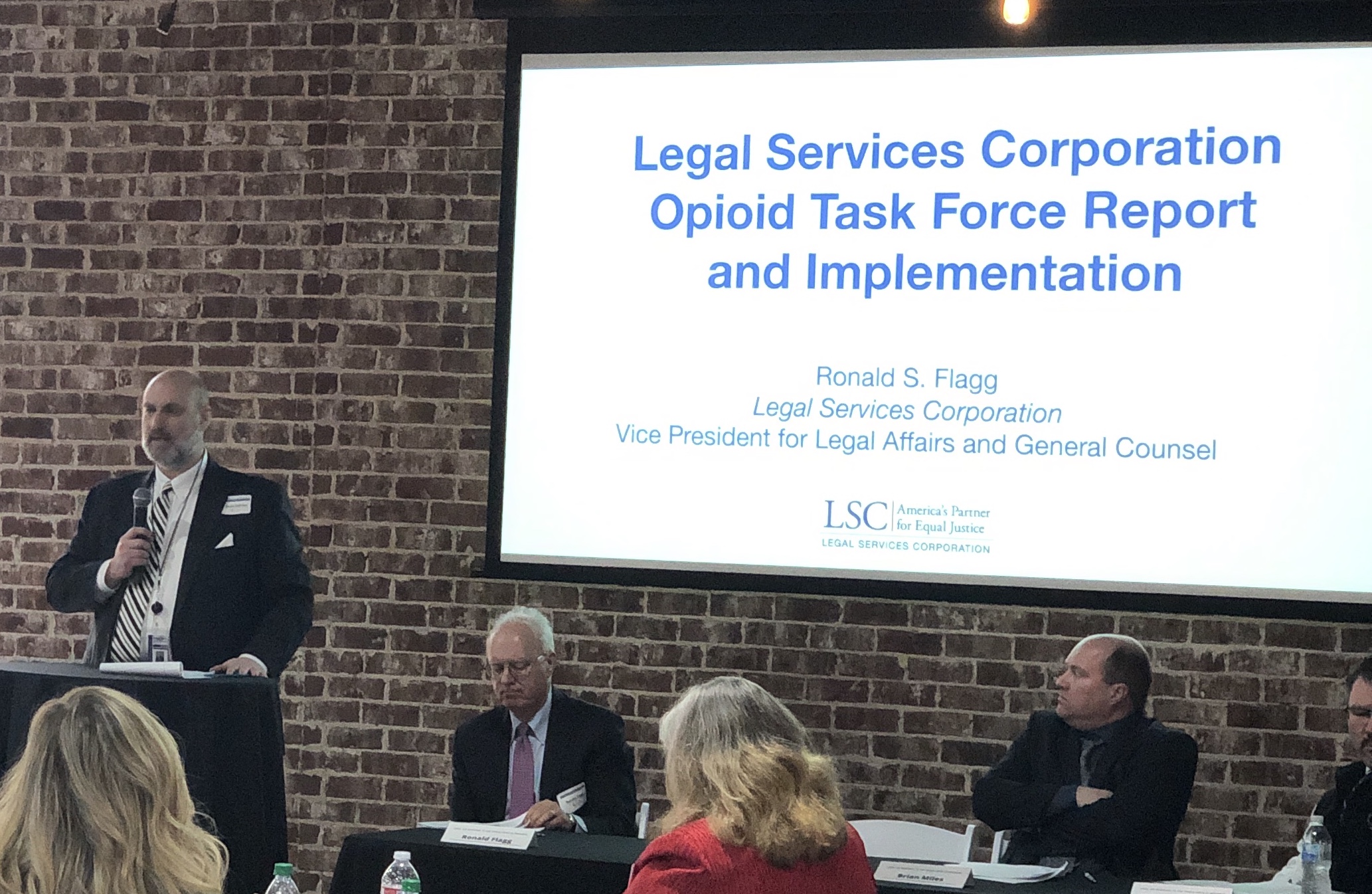 DeProw, the chief deputy prosecutor in Craighead County for five years, spoke at a Jonesboro seminar about the state’s opioid crisis that was sponsored by Legal Aid of Arkansas. Other featured speakers included Arkansas Drug Director Kirk Lane and Brandon George, the executive director of the Indiana Addictions Issues Coalition.

“There’s a level of organization and marketing sophistication to make sure all of us have access to pain medication,” DeProw said. “[Manufacturers] are saying chronic pain management is best handled with opioids.”

Forty years ago, when soldiers returned from the Viet Nam conflict, one out of every 100,000 Americans died of an overdose of heroin, he said. In the 1980s, crack cocaine resulted in 2.5 fatal overdoses per 100,000 people.

Now, more than 4 people per 100,000 die of an overdose of opioid medication, DeProw said.

“Who is the drug dealer in our society now?” he asked. “Major drug corporations.”

DeProw discussed the 2018 lawsuit filed in the Second Judicial District against more than 50 drug manufactures, distributors, pharmacies and physicians. The suit lists 91 plaintiffs and represents all 75 Arkansas counties. It is the largest civil suit in the state’s history.

“It’s a national response to the opioid problem,” he said.

In the past, he added, people were led to believe addiction was a “moral weakness.” Instead, he said, it’s because of the easy access made to pain medications.

DeProw said courts are trying to change the stigma and perceptions against those convicted of drug-related offenses with a series of programs aimed at helping drug offenders.

“If you accept the consequences, you get a fresh start,” he said.

He said pre-trial diversions are offered to first-time offenders, allowing them to avoid felony convictions if they pass a supervised program. Prosecutors can also charge low-level cases as misdemeanors provided offenders reimburse restitution to any victims.

There are also programs available for veterans and rehabilitation centers such as the Northeast Arkansas Community Correction Center in Osceola.

“There are nuances in the system,” he said. “But this is the best way we’ve come up with to balance the needs of people suffering addiction with the needs of the victims.”